** THIS CONSULTATION HAS NOW CLOSED**

Welcome to the Online Community Consultation for Mid Ulster District Council. This Consultation relates to a proposal by the Council to redevelop the former Maghera High School site at Tobermore Road, Maghera to create a new mixed use Enterprise Centre and Business Park.

This Community Consultation and Public Engagement process was first undertaken in 2018 and subsequently two planning applications were submitted. These remain under consideration by the Department for Infrastructure’s Strategic Planning Division (DFI Planning). This current Community Consultation is now being re-run in respect of these two live planning applications and corrects the Public Notice that was previously published in local newspapers and it cites all of the relevant legislation upon which this Consultation process is being conducted.

The purpose of this Online Consultation process is to engage with the local community, provide details of the proposal and to obtain views on the proposed development. We hope this will help provide an understanding of the scheme and help inform the design process.

Please take some time to browse the information on display and provide us with your thoughts via the Feedback Form further below.

An Online Virtual Public Information Event will also be held via an online platform on:

Should you wish to register for this event please email maghera-consultation@outlook.com, specifying your preferred time slot. Details of how to access this event will be emailed after registering your interest.

The proposal relates to the lands within part of the former Maghera High School site, which is situated immediately east of the A29 Tobermore Road in the south of Maghera, as illustrated by the map extract below.

The site occupies a strategic position along the A29 Tobermore Road and proximate to the main A6 Glenshane Road, which links Belfast to Derry~Londonderry and is readily accessible from Magherafelt, Cookstown, Tobermore and other towns within the Mid Ulster Council district and the adjoining Council districts of Causeway Coast and Glens and Derry City and Strabane.

The surrounding area comprises a mixture of land uses, including;

The surrounding land use is indicated in the aerial image below.

The site includes some 4.5 hectares of the total 7.84 hectare former school complex and mainly includes the brownfield lands, including the access road, pathways and the footprint of the former school buildings, as illustrated in the images below. These show the position of the school buildings formally in situ and the current condition of the site with the buildings now demolished.

It is understood the school closed in or around 2009/ 2010 and the site has been vacant since then. The land was acquired by Mid Ulster District Council in 2015 and the buildings were then demolished thereafter. The site remains vacant, awaiting redevelopment and is currently locked up with no public access.

The next image provides an aerial view of the existing site and it identifies the existing features within the site and labels the adjoining land uses.

There is vegetation and landscaping to the east and west of  the site and two small gravel former sports pitches and grassed areas to south. The site excludes the larger gravel pitch to the south as this lies within a Strategic Flood Plain and the existing vegetated area to the east, which currently provides a buffer to the countryside beyond.

The site will utilise the existing access onto Tobermore Road, which is also in use by the Department for Education’s facility immediately north.

The Magherafelt Area Plan 2015 provides the planning designations for the site and an extract from the Plans Map for Maghera is included below.

The site lies within the Settlement Development Limit for Maghera. There is a general presumption in favour of development within the Settlement Limit unless the scheme would result in demonstrable harm. The limit around Maghera was designated to recognise the constraints of the elevation lands to the north of the town, and the landscape to the south and west, resulting in the A6 Road to the south providing the effective limit to the development area. The application site lies north of the A6 road and falls squarely within the settlement limit.

The northern part of the application site is currently classed as ‘whiteland’ and this means there is no prescribed use for the land providing flexibility for the future redevelopment option. The southern section of the site, comprising the 2 former play pitches is classed as ‘open space’ (green shading) as this was in use by the school when the Plan was drafted in 2004 and planning policy required areas of school play pitches to be recorded as ‘open space’ in new or emerging plans. Since then the school has closed and the play pitches are no longer in use or publicly accessible.

The wider site also lies within a Local Landscape Policy Area (green hatch line), which stretches circa 400m in either direction east and west of the application site. Development is not precluded in this area provided it does not adversely impact on the intrinsic qualities that the designation is seeking to protect.

The emerging new Mid Ulster Local Development Plan 2030 for the District has indicated that “the former high school represents an opportunity for economic development” (See Paragraph 4.22 of the incoming Draft Plan Strategy.) While this is currently in preparatory stage and holds draft status, it is helpful to understand the current needs of the district and the direction of future policies, particularly as the extant plan is now out of date and some 6 years past its notional end date.

This proposal is for the re-development of the former Maghera High School site to create a new Enterprise Centre and Business Park for a range of industrial and economic uses. The site will be developed to provide serviced plots for prospective occupants to acquire and develop their own business units to meet their respective requirements.

The first application seeks outline permission to establish the principle of economic development for a range of Class B industrial and business uses spread across 7 plots of varying sizes. If granted, this permission will enable future tenants/ occupants to then apply for their own planning permission for each individual building to meet their bespoke business needs.

The second application seeks full permission to create these serviced plots ready for the future occupants to develop the individual sites. Accordingly, this includes; upgrading of the existing access and creation of a new internal road and footpaths around the site; the installation of utilities like electricity and drainage; fencing; and ground works to create levels plots and clearance of vegetation beyond that which is to be retained. The Council intend to implement the full permission if granted.

The proposal has been adjusted to remove the lands to the south that are designated as Flood Plain and to exclude the mature landscaping along the part of the eastern boundary and north western boundary.

In response to concerns that have been raised in respect of the potential loss of open space, the excluded lands to the south will remain as open space and additional compensatory open space has been provided by the Council for Maghera.

The areas of compensatory open space are provided to the north and north east, including the Largantogher Walkway and the Walled Garden.

The Council has also recently acquired a large area of land immediately east of the site (see image below hatched in blue) Development of this land will be subject to a separate masterplanning process and will involve a separate public consultation process.

Why is this needed?

This proposal has been developed in response to a marked demand for economic/ industrial work space within the Mid Ulster District Council area and in particular around Maghera.

The former Magherafelt Council (and the shadow Council during transitional period) undertook several years of investigation into the site potential, in tandem with ongoing research and appraisal of the socio-economic needs of the Maghera and the wider district. The following action plans, development frameworks and strategies produced by the Council support the development of industrial space within Maghera;

These collectively confirmed the need for investment in Maghera, particularly noting the need to improve the average wage profile to help deliver higher paid jobs for the growing younger population of Maghera and its surrounding hinterland. The research determined that the shortage of suitable development land and workspaces is the single most important development constraint for medium/large sized companies in Mid Ulster. The availability of suitable industrial land and premises was determined to be a vital factor in attracting new firms into the area and retaining existing firms that have the opportunity to increase their scale of production and compete in new markets.

The Council purchased this site in 2015 based on the above research and following a strong representation from local businesses, Maghera Development Association, community leaders and constituents who wanted the site redeveloped to add to the facilities provided within the adjacent existing Glenshane Industrial Park and support the creation of new employment opportunities in the area.

The Council has already received multiple expressions of interest from local businesses seeking to locate to this site and have indicated how this will assist to grow employment and investment in the local economy. It is anticipated this development could facilitate the growth and expansion of existing businesses and support new businesses, resulting in the region of 200+ jobs being provided and will amount to a c. £10million investment value.

Developments in the vicinity include Cunningham Covers, Beggs & Partners, Maghera Windows & Doors Ltd and Macprint and other light industrial and commercial companies. This new scheme will complement and enhance the built environment and help develop the area further as an ideal location for businesses to be based.

At the end of this Consultation period the applicant, Mid Ulster District Council will consider the views and comments received and update the proposal as appropriate. The findings will be reported to the Planning Authority, namely Department for Infrastructure Planning, and they will then undertake a full assessment of the two planning applications.

In the meantime, we are keen to hear the views of the local community and are carrying out this Consultation to help inform the design process prior to submission of the planning application later this year. 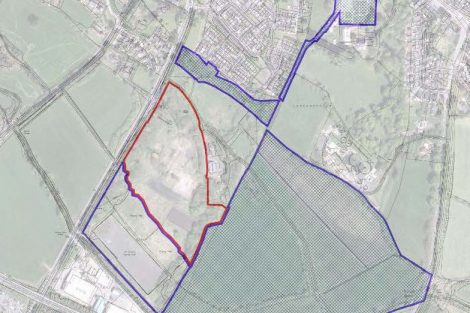 Examples Of Our Work 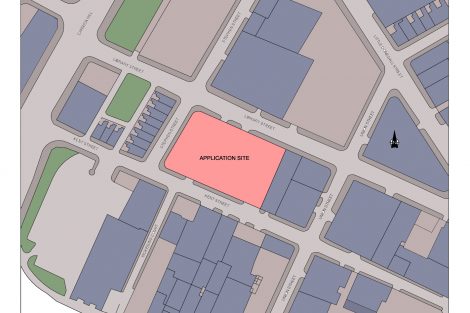 Purpose Management Student Accommodation at Library/ Kent Street, Belfast Client: Slaney Developments/ Car Park Services Ltd JPE was instructed by Slaney Developments to assist with a Planning Application for the erection of an 11 storey building for use as purpose managed student accommodation with associated basement level parking and internal atrium landscaped area. This is […] 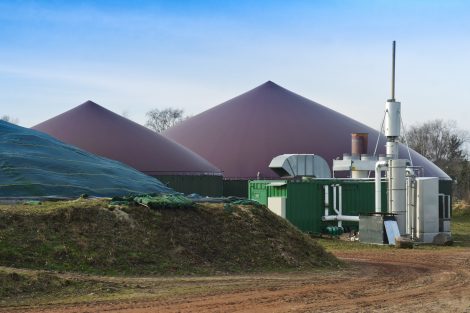 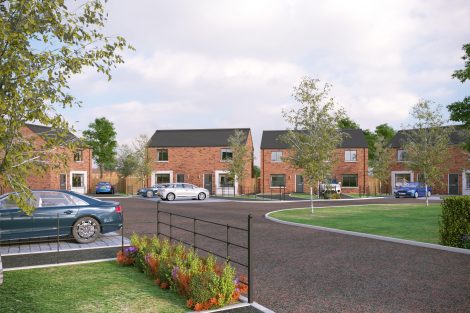 New Residential Neighbourhood, comprising of 263 units at Derry, Co Londonderry   CLIENT: BRAIDWATER LTD JPE Planning was appointed by Braidwater Ltd to manage a reserved matters planning application for the first phase of a new neighbourhood on lands at Galliagh in Derry~Londonderry.  . The Outline Permission was subject to a number of Planning Conditions […]